The New Concept in Access Control Gates – rethink what you know about Speed Gates.

Talk to PARCsafe today to discover your options. 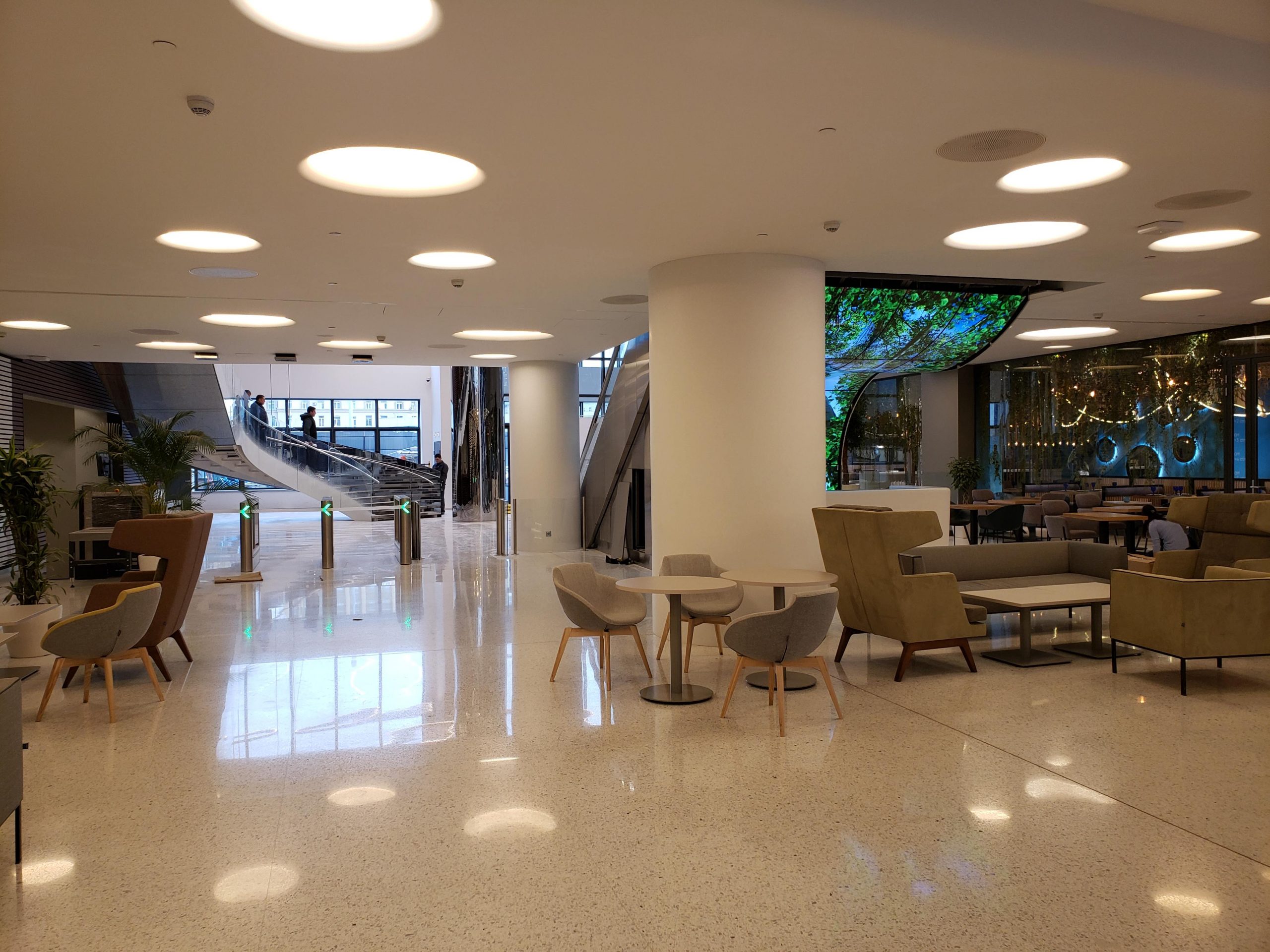 High level of security and access control  with fluidity, comfort and accurate sensing

DFlow is FREE FLOW, ushering new levels of comfort and security. Instead of obstructing users, these are instead welcomed with a fully open passageway and a distinctive system of visual identification.

dFlow provides a new experience for users. Based on a free flow system, the gate has normally open doors that only close in case of unauthorized access. Instead of stopping people, dFlow has lights that track them, as well as an innovative sensing system that monitors the entire passage area.

In the event access is not granted, the gate doors will close in proportion to the proximity and speed of the non-authorized user. All this thanks to a revolutionary imaging system, which monitors the entire gate instead of a limited number of specific sectors.

DFLOW is designed for a world that is always in motion. 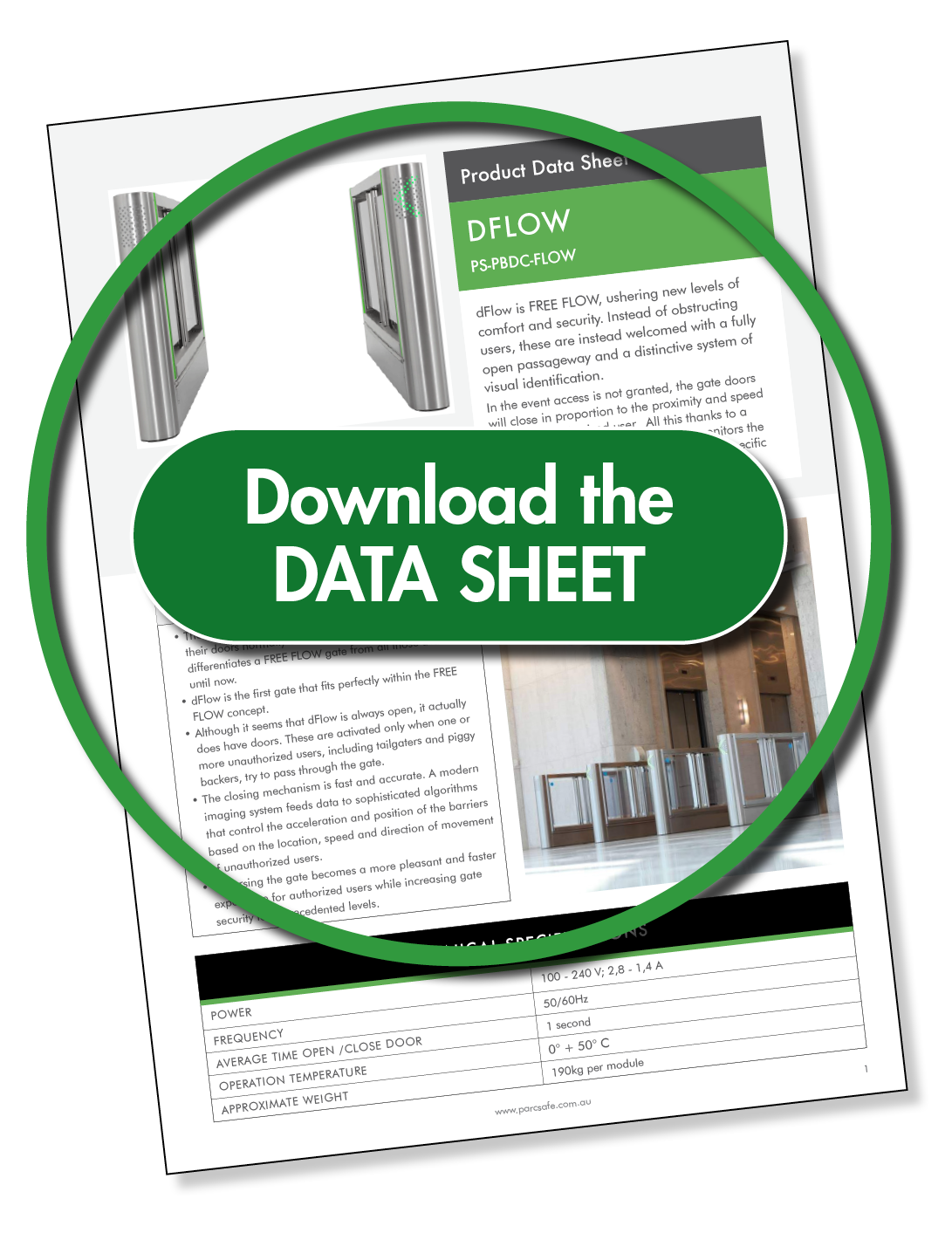 The doors are in the normally open position. In traditional gates, the barriers are normally closed. This paradigm shift is what sets Free Flow gates apart from previous models.

Doors only close when unauthorized individuals, including piggy backers, try to pass through the gate. The closing system is quick and precise, employing new sensing systems and sophisticated algorithms.

dFlow is flexible in width, and may be deployed in various configurations. In the 900 mm or greater configuration, it ensures greater comfort for PwD and multiple users, as well as optimizing costs by decreasing the number of pieces of equipment and infrastructure.

Regardless of gate width, access can be set as one-way or two-way as needed.

Visual Identification with Light Windows LED signal lights follow users in their entire path through dFlow, with different colors for different groups of users. When deployed in schools, for instance, students can be followed by a green light window, educators by a yellow window, and family members by a blue window. Unauthorized users would be tracked by a red light window.

The dFlow imaging system is equivalent to an almost infinite number of traditional IR sensors, establishing a new level of accuracy for the identification of unauthorized users.

The algorithms developed are capable of recognizing people and ignoring objects (suitcases, purses, backpacks, etc.), and can also identify multiple users coming in or out of the passage area.

In access control applications, uniqueness means the ability to identify each user and assign unique credentials to them. The dFlow control software is able to isolate users even under extreme conditions, such as piggybacking and side-by-side entry. 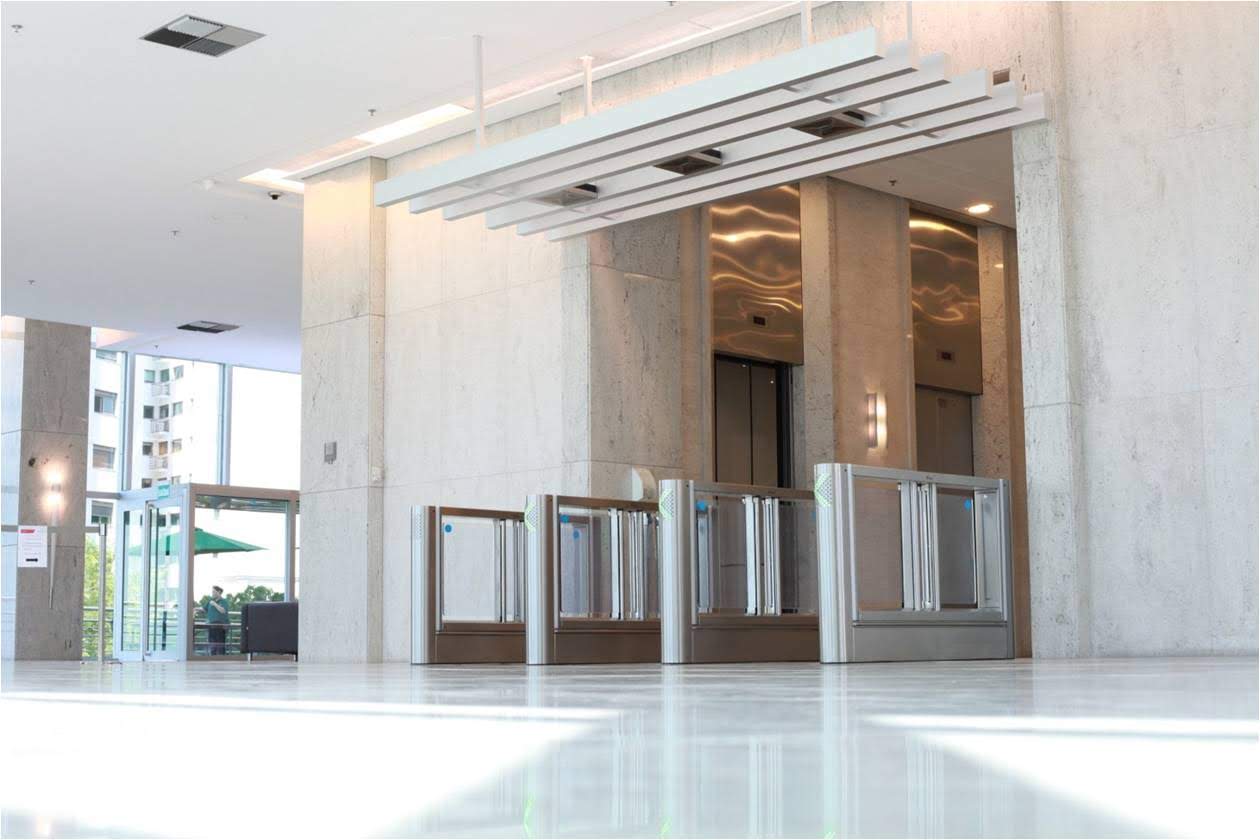 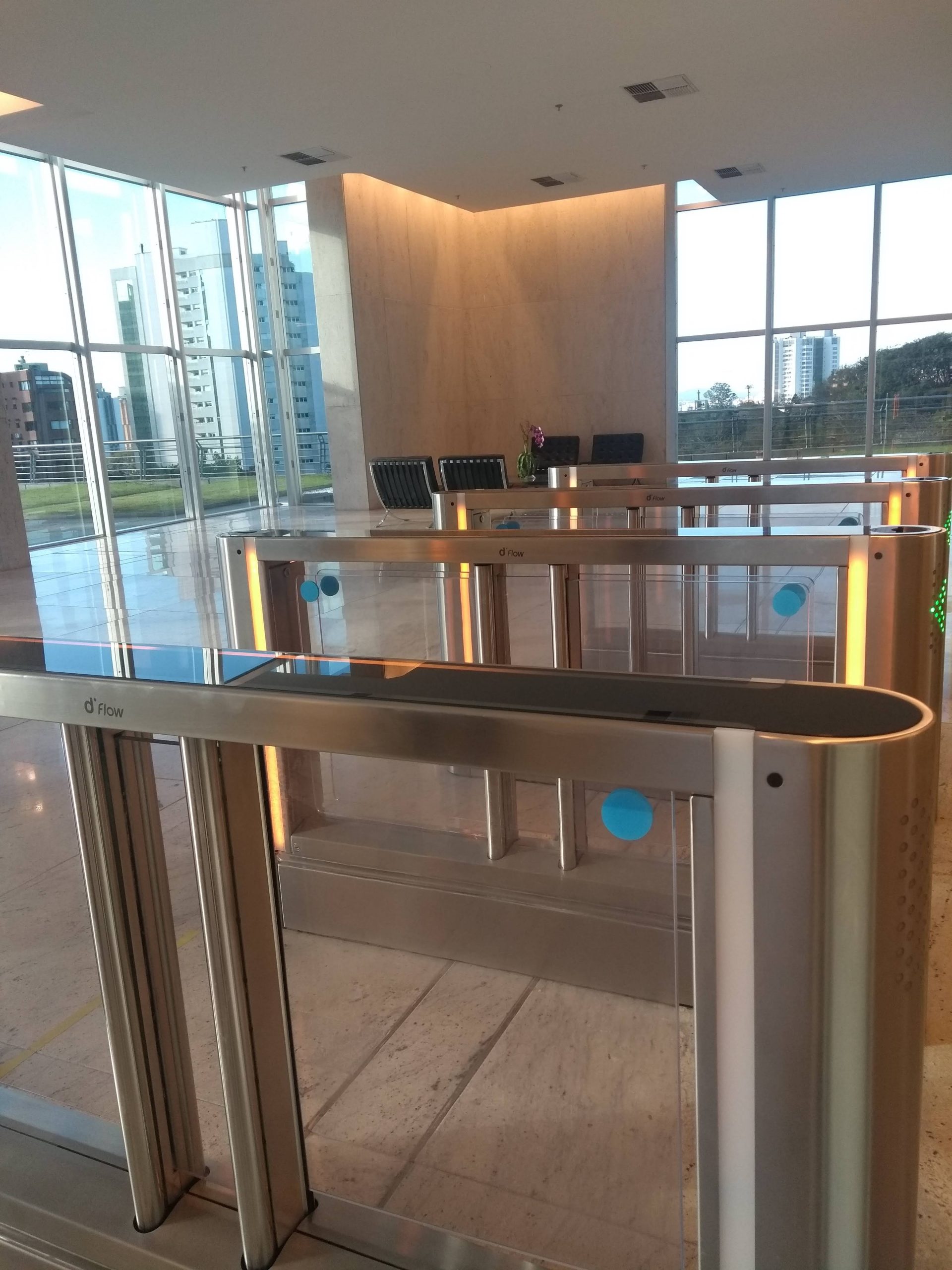 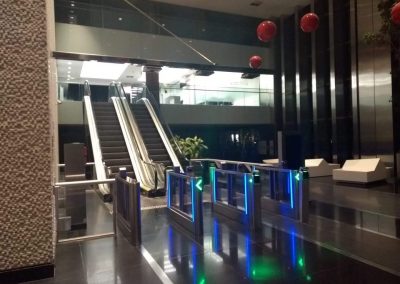 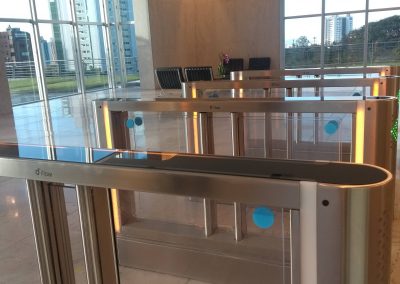 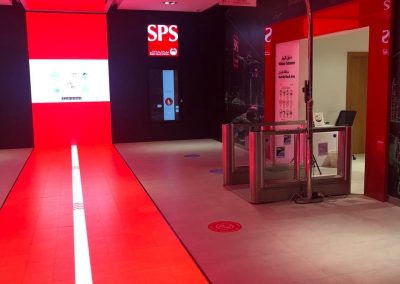 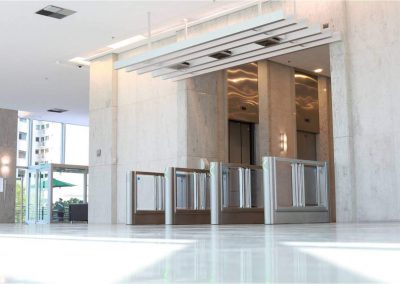 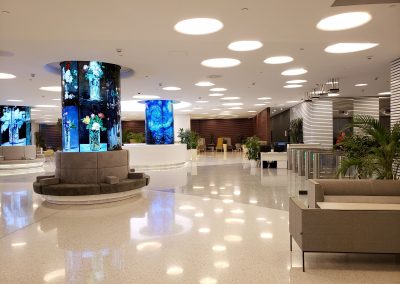 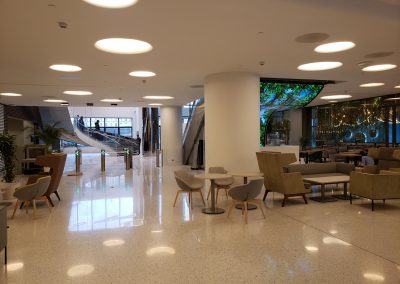